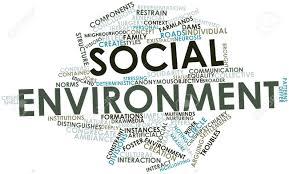 In this comparative essay, I will review two novels – “The Great Gatsby” by Scott Fitzgerald and “A Streetcar Named Desire” by Tennessee Williams. Both of these novels describe the American society, though different sectors of it. “The Great Gatsby” reveals the story of a young well-educated Nick Carraway who moves to New York after the World War I in order to learn about the bond business. This story illustrates the life of the established upper class of a fashionable area of Long Island, where wealthy and successful people live. On the other hand, in “A Streetcar Named Desire” we see an image of New York’s working class of postwar America where the main character, Blanche DeBois, finds herself after the discreditable departure from Mississippi. The social classes depicted in these two novels are contrary though at the same time related to a common topic – they indicate that the American dream is over, despite the seeming well-being. I would like to focus on the differences between these social classes, examine the issues related to contrary social contexts discussed in two novels, and reveal their actuality to modern society.

I will start with a brief summary of both novels. As I previously mentioned, “The Great Gatsby” depicts the life of a wealthy upper class, the relationship between its members, and serious issues, masked by the external prosperity of this community. The main character, Nick Carraway, gets involved in a whirl of events and interconnections within this relatively small society of rich and young people who seem to be enjoying life that offers uncountable opportunities. At first, Carraway feels incredibly lucky that he managed to enter this prestigious and respectable community. However, after he finds out several delicate details about his cousin’s husband, he becomes alerted and doubtful about the morals and manners of this little company (Fitzgerald 44). Nevertheless, he dives even deeper into the intrigues and the twists and turns of his new friends’ lives.

After some time, Nick finds one decent man in this community. It is his neighbor, Jay Gatsby. Gatsby speaks of himself: “I am one of the few honest people I have ever known.” (Fitzgerald 63). Although Gatsby is famous for his wild parties, he appears to be a noble and generous man. Jordan Baker also likes him, saying: “And I like large parties. They’re so intimate. At small parties there isn’t any privacy.” (Fitzgerald 60).  His storyline is linked with Nick’s cousin, Daisy Buchanan, who was Gatsby’s one and only love for the long time. Gatsby wants to reunite with Daisy, and he achieves this goal with the help of Carraway.  Unfortunately, Daisy’s husband, Tom, finds out about their affair and gets terribly angry, despite the fact that he cheats on Daisy himself. When Gatsby and Daisy drive back to East Egg after the quarrel with Tom, Daisy accidentally strikes and kills Tom’s lover, Myrtle. Gatsby decides to take the blame and protect Daisy. However, the journey of the Great Gatsby ends when Tom tells Myrtle’s husband, George that Jay was the one who drove the car, and George shoots him in the access of rage.

The novel ends when Nick Carraway understands that he cannot live in this society where the only one decent man was killed due to intrigues and back morals of this community. Carraway leaves everybody behind and moves back to Midwest in order to escape the moral decay of the surrounding environment. He notes: “I was a little shocked at the elaborateness of the lie.” (Fitzgerald 171).

The story of “A Streetcar Named Desire” depicts completely opposite class of society, despite the fact that the main character, Blanche DeBois, comes from a wealthy family. The events of the novel occur in times of the Great Depression, when America was vulnerable and exhausted. This condition spread on every social class though it appeared to be the most intense among the working people. The atmosphere of tension and gloominess is present throughout the whole novel.

As I said, Blanche DeBois has respectful and wealthy origins. However, when she arrives at the New Orleans, she tells her sister, Stella Kowalski that she lost their inherited home due to death of all the relatives. She also notes that she left her teaching position at school because of her bad nerves. Stella Kowalski lives with her husband, Stanley, in a noisy working-class neighborhood. Blanche allows herself to judge their life and living conditions, despite the fact that she has no money herself and cannot afford a room in a hotel and intends to stay at sister’s apartment as long as it possible. Blanche criticizes Kowalski’s way of life: "I can't stand a naked light bulb, any more than I can a rude remark or a vulgar action." (Williams 19). She keeps telling Stella that she deserves better due to her social status and tries to incline her to leave the husband. Stanley dislikes Blanche as well and wants her to leave. This conflict increases the tension of the story, eventually revealing the worst features of both sides.

There is another major character in this novel – Kowalski’s neighbor named Mitch. He and Blanche seem to have a romantic story; however, it turns out worthless and insincere at the end of the novel. They seem to have much in common, including, unfortunately, heavy drinking, although their relationship has a distrustful character. When Stanley reveals the facts about Blanche’s past, the real reasons of her departure from Laurel, and the disgraceful details of her resignation from school, Mitch feels disgusted and says that he can never marry Blanche as she is not fit to live in the same house as his mother (Williams 58).

The theme of men dominance over the women is fully covered in “A Streetcar Named Desire”. The major character that embodies this dominance is Stanley Kowalski. He is able to raise a hand on women, including his loving and pregnant wife. Apart from that, he is also capable to commit sexual violence, what he successfully proved by raping Blanche after another fight between them, saying: "We've had this date with each other from the beginning." (Williams 63).

The series of such stressful events eventually leads Blanche to insanity. The story ends when she is taken by the doctor to mental clinic as she completely lost her mind and the connection with the reality. As the doctor takes her away, Blanche believes that she is going to meet her imaginary millionaire suitor. Stella cries with a baby in her arms and lets her husband comfort her as she does not want to believe that Stanley has raped her sister: “I could not believe her story and go on living with Stanley” (Williams 71).

Social contexts of the two discussed novels include one common feature – the major theme of “The Great Gatsby” and “A Streetcar Named Desire” is a large gap between the rich and poor and arrogance of the upper class. However, this theme is highlighted in two novels from different perspectives. In “The Great Gatsby” we see the upper class and its frequent parties while in “A Streetcar Named Desire” the working class is desperately trying to make both ends meet. This social inequality leads to moral decay that is present in both societies and is a second common feature of these two novels. Let’s focus more precisely on these issues and investigate their causes.

In “The Great Gatsby” we see the upper class from the inside. As the main character gets involved with this social class, the huge gap between these people and the lower class becomes apparent. Fitzgerald describes this society in his book: “The rich get richer and the poor get - children.” (37). Despite the fact that the circle where Nick Carraway finds himself after meeting his cousin gained wealth relatively not long ago, its members look at not as successful people with undisguised arrogance and contempt. It seems unjustified as most of them seem to make their money in not exactly legal way. In fact, there are numerous examples of businessmen of that time who earned their fortune by illegal sale of alcohol and unfair gambling. Therefore, it seems even more hypocritical that this upper class criticized Gatsby for illegally earned capital while none of them had clean hands. However, he accepts this critique philosophically: “Reserving judgements is a matter of infinite hope.” (Fitzgerald 164).

The immorality of this society is witnessed by numerous incidents from the book. Tom cheats on Daisy and believes that it is normal while she decides to turn a blind eye to this fact. Jordan likes to cheat in golf and thinks it is fun. Slanderous talks about Gatsby who is one decent man in this serpentarium are common in the community. Though Gatsby takes it with no worry: “Whenever you feel like criticizing anyone...just remember that all the people in this world haven't had the advantages you have” (Fitzgerald 105). Finally, cowardly and dishonorable Tom’s deed at the end of the novel results in death of Gatsby indicating that seeming beautiful and wealthy life has a horrible reverse side.

“A Streetcar Named Desire” illustrates the life of completely different social class. The main characters live in a poor working-class neighborhood of New Orleans without a hope for better times. However, they seem to subdue to the circumstances and desire nothing more. Only Blanche does not accept this kind of living, despite the fact that she lost everything herself and has nowhere else to go. Although she is the only representative of the upper class in this novel, Blanche has no money and suffers greatly because of this fact, soothing grief with drinking. She says: "Well, honey, a shot never does a coke any harm!" (Williams 21). She cannot cope with the fact that she has fallen into the depressive reality of lower class and tries to escape it any way she can.

The presence of the Great Depression in life of the characters is fascinating. It affects not only financial state though morality as well. We see the moral decay of the main characters throughout the whole book. Starting with Blanche’s actions in Laurel and ending with the sexual violence Stanley uses against Blanche. The socioeconomic status and immorality of environment drives Blanche crazy, and she ends up in an asylum.

Comparing “The Great Gatsby” and “A Streetcar Named Desire”, I revealed the differences between the upper and lower classes and explained the reasons of issues related to these differences. I supported my argument of the end of the American dream described in these novels and investigated the two social contexts of the books.