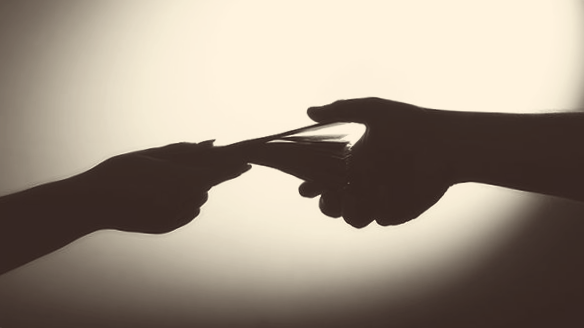 The underground economy is the activities of transactors who develop accounting and control outside of the state. It is a complex socio-economic phenomenon covering the entire system of social and economic relations and, above all, the reproduction sector uncontrolled by the society where production, distribution, exchange, and consumption of industrial goods and entrepreneurial abilities are hidden from the government. It is important to study the black economy since the understanding of the essence of this economy as a socially harmful activity allows one to identify the sector and see the internal connections as well as the interdependence of the relevant phenomena. Thus, this paper aims at revealing the conditions, causes, and mechanisms of the underground economy emergence and spread.

The term “underground economy” appeared in the early 1970s to refer to the concealment of incomes and antisocial ways to retrieve them (Schneider 2011). It is considered to be a part of the economy formed by a criminal economic activity of two types such as entrepreneurial and criminal. Moreover, the scale of the spread of this activity depends on the level of economic development of the country (Williams 2008). The black economy has two major interconnected features. The first one includes illegal activities which assist in gaining the uncontrolled revenue. The second characteristic is the receipt of income which is wholly or partially withdrawn from under fiscal control to obtain additional economic benefits. The typology of varieties of the underground economy is distinguished by three criteria such as its connection with the “white” official economy as well as subjects and objects of the economic activities. Consequently, it identifies three sectors such as second (white-collar), gray (informal), and black (clandestine) (Schneider 2011). It should be stressed that “second” and most importantly gray shadow economy constitutes the bulk of shadow economic activities.

Various activities oppose the effective economic development to the society and create a shadow economy which is actually deforming and socially dangerous economy. Undoubtedly, the identification of these negative entities, their blocking, and overcoming is an indispensable condition for the valuable development of the society. Therefore, it is essential to study the sector of the underground economy. Moreover, it is closely intertwined with the legal and real sectors of the economy. It also uses the services of the state, its material, and social factors as well as the workforce without entering the economic relations with the country as an economic entity.

Black economy has a profoundly negative impact on all the macroeconomic processes including the stage of the reproductive process. The duality of the relationship between the underground economy and the reproduction process is expressed by the fact that the shadow economic activity affects the formal process of macroeconomic distorting its stage. Furthermore, under certain conditions, the shadow economy is a cyclic reproductive process with its stages of production, distribution, exchange, and consumption.

To understand the foundations of the relationship between formal and informal sectors of the economy, it is necessary to have a fundamental study of the phenomenon of the underground economy in today’s market, its role in the reproduction process as well as its functioning. Evidently, this understanding will increase the efficiency of the state regulation of economic activities.

Shadow economic relations occur in all the spheres of human activity. They influence all the stages of the reproductive process and form the “rules of the game” in the market (Schneider 2011). Moreover, they actively focus on the processes of modernization and globalization (Schneider 2011). In addition, these relations are significantly modified under their influence. However, these days, without considering the informal sector, it is almost impossible to forecast the macroeconomic developments (Schneider 2011).

Nevertheless, there is an opinion that it is senseless to study the segments of the underground economy. It is associated with the fact that the black economy develops beyond the world of written laws (Williams 2008). Those who operate in the shadow business know in advance that they will not require the court sentences for the offender of the agreement, therefore, their property rights are not protected by the state (Williams 2008). As a result, there is no need to study the essence of the shadow economy and people involved in it because this economy has no laws. Despite this fact, the world of underground business is subject to objective economic laws. Finally, the laws of supply and demand, laws of profit maximization, patterns of concentration of production, and the dependence of transaction costs on the specification of property rights are practically the same in both legal and illegal market economy.

In conclusion, the underground economy is an economic activity contradicting the current legislation. It is a set of illegal economic activities that “feed” the criminal offenses of varying severity. Moreover, every country in the world has a high level of the black economy. Despite the fact that it represents a great problem for every state, the study of the underground economy is paramount as it reveals the conditions and causes of its emergence and spread.