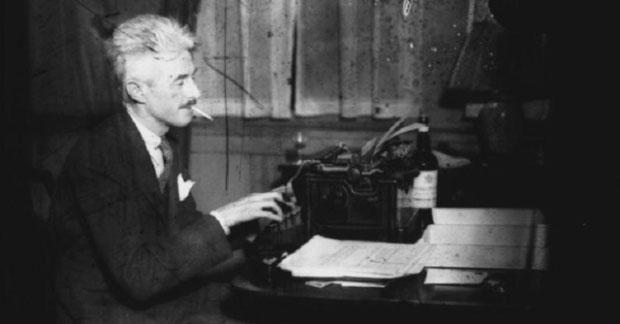 Even though a detective genre is considered to have originated long before the middle of the XIX century, it was Edgar Allan Poe who established its main principles. Arthur Conan Doyle, Agatha Christie and Georges Simenon are the acknowledged masters of the detective genre. Dashiell Hammett succeeded to be their associate, regarded as one of the brightest representatives of the detective genre in the middle of the XX century. Mostly, common people yield to the unexplainable, be it a strange case or extraordinary abilities of the human mind. In general, detective stories prove the potential of mind and justify the search of truth and rational explanation of the events. By nature, each detective writer is a searcher. Just as their protagonists do, they strive for mental development and intellectual challenge. On the part of each author, the way to fulfill the mission is different, though the very mission is just the same: to teach mankind how to resist evil and indifference.

‘The Murders in the Rue Morgue’ is a short story by Edgar Allan Poe; it was published in 1841 in Graham’s Magazine (britannica.com). The author delivers the story in the first person singular; the narrator is taking an active part in the events described within the story and helps to detect the nature of the protagonist, which indicates the entrusted narrative. In the beginning, the author tunes the reader by means of introducing the subject and providing its argumentation. The case described in the short story is the background, an example with the help of which the author explains the induction as one of the mental processes. The narrator is setting the scene and provides the detailed analysis of the protagonist’s inferences.

Dashiell Hammett’s ‘The Girl with the Silver Eyes’ is a first-person narrative. This short story centers on the technical aspects of criminology, i.e. crime solving procedures, and the emotive sphere. Since the very beginning the author captures his readers’ attention and holds it till the very last page and the word uttered.

Different authors’ intentions determine the development of the action, i.e. the unfolding of the plot, within the short-stories under consideration. The vision of an author’s intention may vary, since the notion is abstract and individual in itself. In this respect, the subject matter of a literary work is more concrete then author’s intention, even though both use discourse as the matrix. Probably, Edgar Allan Poe is trying to tell us to cherish the talent, not to put reason in doubt and, at the same time, confess the ambiguity and relativeness of psychology-related issues (sanity, clear thinking and others). Dashiell Hammett, on the other hand, teaches us that even most decent people are subject to passions and, thought they very often opt for peaceful existence and overall goodness, may renounce the sentiments and strong emotions.

As far as the spatiotemporal organization of the events is concerned, i.e. a chronotope, it is necessary to admit that one may find no concrete time indication in Edgar Allan Poe’s ‘The Murder in the Rue Morgue’. The author says that the events took place in just a year in the XIX century; another time markers are: “eight years previously”, “third day before”, next day and others (Poe.). On the contrary, the special organization of the events is described very precisely: Paris, Rue Montmartre, Quartier St. Roch, Rue Morgue and other districts of Paris. Something similar we may observe analyzing the chronotope of Dashiell Hammett’s ‘The Girl with the Silver Eyes’. The time marker is the following: Sunday, the 24th day of a month. Locations: San Francisco (California), Maryland (Baltimore) and other cities of the USA.

Edgar Allan Poe’s ‘The Murders in the Rue Morgue’ is a kind of a detective manifest: the author reflects upon extraordinary mental capabilities and illustrates the power of ratio; besides, the romantic aureole and charisma of August Dupin, the main character of Poe’s detective short story, inspired the rest of the representatives of the genre. According to Encyclopedia Britannica, François-Eugène Vidocq, ex-criminal and a chief of the French police detective organization Sûreté, was Dupin’s prototype. The protagonist invented by Edgar Allan Poe in ‘The Murders in the Rue Morgue’ became the icon of the detective genre.  On the contrary, Dashiell Hammett’s ‘The Girl with the Silver Eyes’ manifests diligence and observation as detective’s professional attributes. Procedures, a process of investigation make the core of Hammett’s detective writing – it is both a detective put into action and a kind of an instructional medium, while Edgar Allan Poe’s ‘The Murders in the Rue Morgue’ suggests a different perspective due to the romantic aureole of the setting, circumstances and the unique qualities of the main character.

As far as the issue of formal organization is concerned, it is necessary to admit that Edgar Allan Poe provides a theorized introductory part before the story is being delivered. Due to this method, the author reflects upon the analytical inductive thinking and its importance in terms of crime procedures through the lens of the everyday life of an honorable layman and law-abiding citizen. Dashiell Hammett, in turn, provides an unrevealed introduction due to the practical determination of his short story and sets about the case itself.

Psychological aspect of Edgar Allan Poe’s short story concerns the process of induction and mental alertness. The protagonist of ‘The Murders in the Rue Morgue’ is an amateur, although his qualification, his capacity and gift for the detective activities are obvious and leave no room for doubt. On the contrary, the main character of Dashiell Hammett’s ‘The Girl with the Silver Eyes’ is a professional detective. Both characters’ past is uncertain, which technically should be considered from the inspiration and prototypic perspectives: Conan Doyle’s story of Sherlock Holmes and Doctor Watson is a kind of tribute to the inter-relations between the characters previously described by Edgar Poe: amateur detective and his associate are involved into the crime-solving procedures and conduct an investigation of the criminal case that the local police has failed. In its turn, the set of characteristics of the protagonists within both short stories is similar, although August Dupin comes across as more measured and restrained. Incidentally, the main character of Dashiell Hammett’s ‘The Girl with the Silver Eyes’ remains anonymous throughout the whole short story; the Continental Op is the unnamed detective in the Continental Detective Agency, who acts in most of Dashiell Hammett’s short stories (‘Red Harvest’, ‘The Dain Curse’ and others) (Hammet). This makes the protagonist closer to the reader and highlights the importance of collisions and the events of the short story. By the end of the story, it appears that the main character and the girl who is guilty of the series of murders are familiar with each other. This is where the protagonist recalls his past. Somehow, in both short stories, authors cast a shadow upon the protagonists’ past.

Another aspect is the part the women play in these detective stories. In ‘The Murders in the Rue Morgue’, both women, mother and daughter, Madame and Mademoiselle L'Espanaye, are the victims. Jeanne Delano, whose real name was Elvira, appeared to be the femme fatale to her surroundings. The reader gets acquainted with Elvira-Jeanne in Dashiell Hammet’s ‘The House in Turk Street’. Taking all these into account, we may conclude a complicated storyline.

As we may observe, the women are depicted completely opposite: a victim in ‘The Murders in the Rue Morgue’, a culprit in ‘The Girl with the Silver Eyes’. The issue of women’s status within society and the circumstances that have led to it, i.e. underestimation, cruel treatment and neglect, might have resulted in the way Edgar Poe and Dashiell Hammett depicted a woman in their writings. On the other hand, one should not forget ‘Annabel Lee’, the poem by Edgar Allan Poe, tender and touching, full of love and sorrow. The visual change of Elvira-Jeanne throughout ‘The House in Turk Street’ and ‘The Girl with the Silver Eyes’ may indicate author’s attitude towards the problem of women’s status within society, and reflect the inner change within the writer himself.

In summary, Edgar Allan Poe’s ‘The Murders in the Rue Morgue’ and Dashiell Hammett’s ‘The Girl with the Silver Eyes’ have much in common: general tone (mysterious and terrifying), stylistics, affected by the genre of the short story and theme. On the other hand, each story has its unique story line, plot, demonstrates different detective approaches to explain the ratio and reflection upon good and evil through the lens of virtues and vices (cool heart, generousness are opposed to ignorance, the publicity in ‘The Murders in the Rue Morgue’, fervency, hypocrisy and hot temper); diverse outcomes and transformation in its broad sense (‘The Girl with the Silver Eyes’) also make the stories different. Both stories are ambiguous, provoking, and leave the choice to the reader and encourage him/her to choose the side.